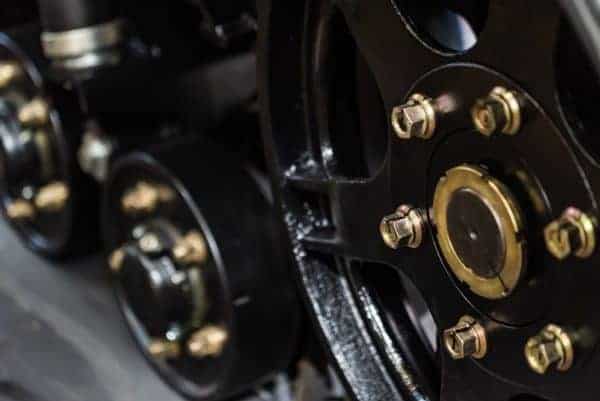 It’s easy to forget that just a few hundred years ago Australia once had no skyscrapers or train lines, much like the rest of the world. The last hundred years has seen an exponential increase in the size, productivity and efficiency of earth moving equipment. Construction equipment has literally changed the shape of the planet; building canals, digging up mountains and flooding valleys with dams. In this article, we will discuss how construction equipment has evolved over time.

Nobody is quite sure who invented the shovel, the pickaxe and the hoe, but these instruments surely revolutionised the way work was carried out. There is even some evidence to suggest that these devices were invented in different places, at different times, in different iterations. The functions they provided would have drastically increased the efficiency and productivity of agricultural tasks, leading to increased yields and the ability to support larger populations.

The Days of Horsing Around

Historical records of Rome, and what is now called Europe, provides evidence of animal-integrated construction. Horses, donkeys and oxen were regularly employed to drag materials, assist in the construction of roads, and provide mechanical advantage to foundries and granaries.

Steam Changed Everything and Diesel Changed it Again

The first versions of the bulldozer, dump truck and tractor were horse-drawn apparatuses. Engineers were quick to realise the power of the steam engine, and it wasn’t long before work animals were replaced. Steam power ran across the world, bringing with it the power of the train and quickly opened new areas to agricultural and mining. The advent of the internal combustion, and eventually the diesel engine, revolutionised construction equipment once again, as it was much cheaper than petrol and provided easily portable power to machines around the world.

As the power of engines and demands of industry grew, construction vehicles became bigger, capable of moving ever increasing loads. The rigid wheels of the late 19th and early 20th centuries were not well matched to handing the varied landscapes of the world, and frequently got bogged as a result. Caterpillar tracks hit the market through a series of innovations by different inventors around the world, and suddenly construction machines could go almost everywhere. Caterpillar tracks are still the popular choice for a lot of earth moving equipment, such as excavators.

For Modern Equipment in Queensland, talk to AllClass Construction Equipment

AllClass Construction Equipment are distributors of hard working heavy machinery equipment in Queensland. We specialise in new and used Kubota mini-excavators and offer a wide range of construction and power equipment. We offer a personalized service, and you will deal with a real person who cares about your satisfaction. Talk to one of our professional consultants today by calling 1300 255 252. Alternatively, contact us online.